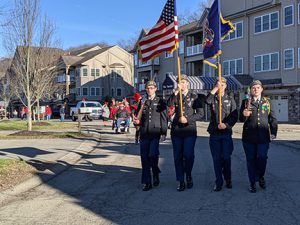 The sights and sounds of Christmas filled the air with bells a ringing as the Lutheran SeniorLife Passavant Community annual Abundant Lights Christmas parade made its way around the campus Saturday afternoon to the delight of residents and family members.

Executive Director Laura Roy led the scooter brigade with nearly two dozen other units, including Christmas decorated golf carts, and floats. According to Roy, residents and staff collaborated to organize the parade.

Local singer Debbie Wagner (Vintage Debbie Sing Along) sang Christmas carols from the back of a white Ford 150. Passavant dietician Kali Ringold joined the parade dressed in a Fox costume, while resident Maxine Gant joined fellow residents walking in the parade dressed as a Christmas tree. Retired pastor Susie Esseck and her Biewer Terrier, Zoe, made their way along the parade route in a scooter. Resident Frank Longobardi also walked the parade route bringing joy to his fellow residents as he dressed as Buddy the Elf. 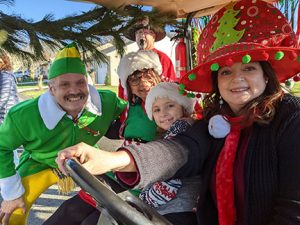 The parade also included floats with characters from Dr. Seuss’ children’s story “How the Grinch Stole Christmas,” as well as characters from the movie “Frozen.”  Residents, family members, and staff also joined the parade route for a brisk walk around the campus. 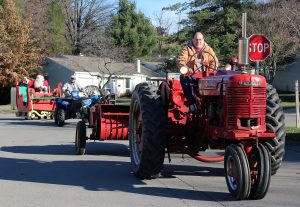 According to Roy, “The joyfulness of the day embodied the Christmas spirit. It was pure fun!”

Following the parade, the Passavant Community celebrated the memories of residents’ family, friends and community members during the Abundant Lights Lantern ceremony. The celebration is, “a symbol of hope and light. Abundant Lights not only serves to remind us of those we love and cherish, it reminds us of the hope we have in Jesus Christ who is the Light of the world,” explained Roy. 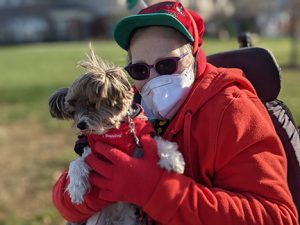 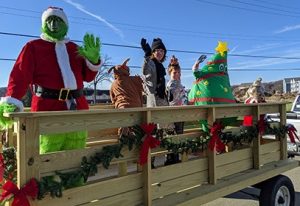 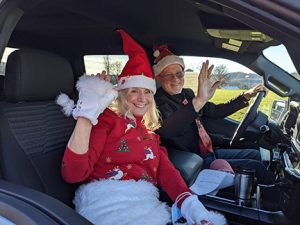 Full List
Tech the Halls this Christmas! | St. John Veterans Receive Generous Donation from “Cookies for a Cause”