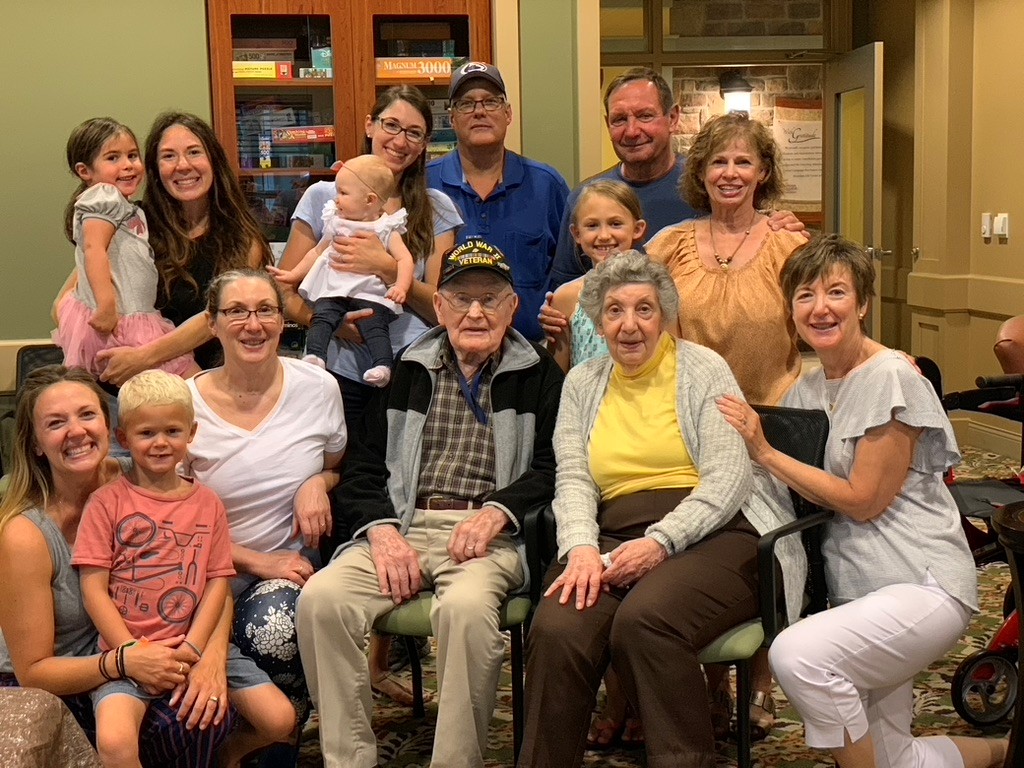 Over seven decades have passed since Szakelyhidi helped fight Nazis during the Battle of the Bulge, explained his son-in-law Steve Jensen.

That battle, in which 19,000 U.S. soldiers died, was the bloodiest the United States fought during World War II, according to historians. 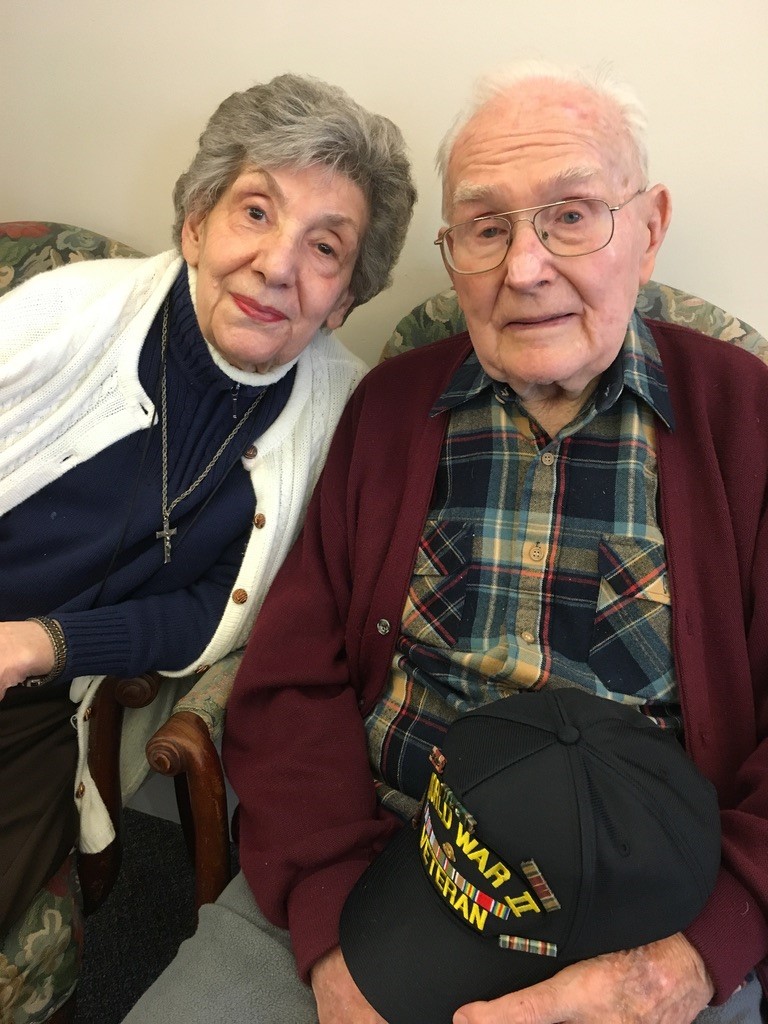 Szakelyhidi surprised everyone in his Zelienople home when he walked back into the house that same winter, Jensen said. He would go on to marry his wife, Stella, and the pair would raise a family with three children.
Now, he will celebrate his 100th birthday with a special lunch Saturday. The event will include family, friends and a card shower. 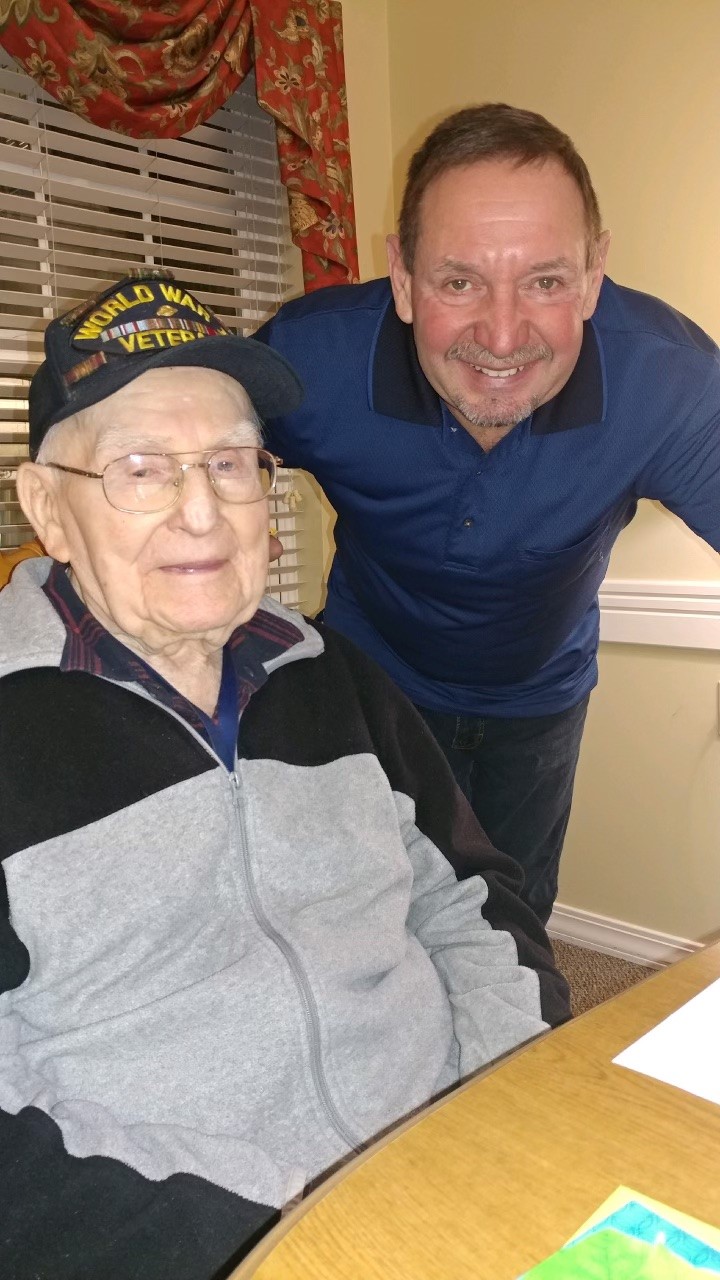 Lifelong legacy of service
Szakelyhidi always expressed pride in his service, often wearing his commemorative WW II hat around the Passavant Community and downtown Zelienople. He gives fellow solders a salute whenever he crosses paths with them, noted Jensen.

Szakelyhidi’s unit shot down the last German plane claimed in that battle after pressing deep into German territory, following the “bulge” that gave the battle its name, said Jensen. This “bulge” described a shape shown on maps that depict German troops wedging into Allied lines. Szakelyhidi also served as part of an anti-aircraft battery, protecting the British coast, and joined the third wave of soldiers who landed on beaches amid the Normandy Invasion. After World War II, he joined the National Guard, supported the Korean War effort at Indiana’s Camp Atterbury and earned the rank of master sergeant, Jensen said.

A Son of Zelienople
Szakelyhidi was born to Hungarian immigrants William and Susan Szakelyhidi in Zelienople. He attended school along with 50 other children in the borough’s one-room schoolhouse. His mother died at a young age, so Szakelyhidi stepped up to perform the many chores needed to help manage a single-parent home, Jensen said.

Outside the service, Szakelyhidi ran a heating and air conditioning business with his brother, Frank Szakelyhidi. He volunteered as a scoutmaster with the Boy Scouts, watching his son, Jeff, earn the rank of Eagle Scout.

Those who would like to participate in the card shower to celebrate Andy’s 100th birthday can do so by mailing cards to Andy Szakelyhidi, 100 Burgess Drive, Apt. 130 Zelienople, PA 16063.